Your body already knows what it needs to feel whole

When we reduce the external distractions of the predatory wellness-industrial-complex and untangle from our layers of conditioning, we are free to step more fully into our purpose. The reason that we are here.

My work is an invitation to get quiet enough to listen to what your body already knows. To turn down the noise of a culture that needs you to feel disconnected from your body and your wholeness. To align with the rhythms of nature so that you can build the capacity not just to cope with this culture of disconnection and separation, but to transform it into a culture of cooperation, community and deep connection.

And this is our work together. 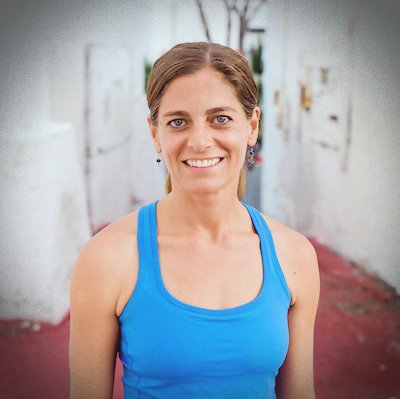 I help people get off the hamster wheel of shoulds, get free from the predatory wellness-industrial-complex and live life differently—on your own self-determined path.

Because your body already knows

But we live in a culture of disconnection. A culture that conditions us to look outside of ourselves for what we need to feel whole.

My approach is simple. Through the lens of modern Psychology, Yoga and Ayurveda we can build our capacity to cope with everyday stressors, the intensity of our emotions, and residue from our past hurts and traumas. We do this by re-aligning with what our body already knows and reconnect to the rhythms of nature.

When we align the whole body we have the skills to sit in the discomfort that arises as we unravel ourselves from our conditioning, we make space and time to awaken the soul, and we reconnect to our purpose. The reason we are here.

My approach rests on the pillars of embodied personal practice, community connection, a balance of self-interrogation and self-compassion, and service or action.

This work is an invitation to get quiet enough to listen to what your body already knows.

It’s an invitation to align our thoughts, words, and actions.

To align our mind, heart and gut.

To turn down the noise of a runaway Capitalist culture that needs you to feel disconnected from your body and your wholeness.

When you work with me it’s an invitation to align with the rhythms of nature so that you can build the capacity not just to cope with this toxic culture of disconnection and separation, but to transform it into a culture of cooperation, community and deep connection.

Benefits of working with me:

Over the past decade, I have facilitated transformational experiences in the classroom, yoga studios, trainings, retreats and coaching programs.

I am deeply committed to supporting you in the transformation of your wounds into purpose and power. When you can begin let go of outdated conditioning and step into your own unique purpose this will change the world.

The participants in my programs are seeking deeper connection and community. More ease, space and time to focus on what really matters to them. A world where everyone is taken care of and mutual care is celebrated.

I have a degree in Psychology and am a Trauma-Informed Yoga Teacher with more than a decade of experience. I use yoga, Ayurveda, and modern behavioral science as tools of resilience, preparing students to engage in their lives with more compassion and truth.

As the founder and lead teacher of the Empowered Yoga Teacher Training™, a Yoga Alliance Registered Yoga School, I have trained over 100 yoga teachers through a trauma and justice informed lens. My curriculum includes the intersection of yoga and social justice because one cannot be truly trauma-informed without an understanding of both historical and current systemic injustice and collective trauma. Because I have a Masters of Education Degree in Curriculum and Instruction and as a former high school teacher I have well over a decade of experience writing, refining, and implementing effective curriculum.

In late 2018 I took the teachings of yoga and Ayurveda beyond the studio, beyond the teacher training and now share these tools of resilience as a Revolutionary Resilience Guide. I have coached over 30 womxn over the past two years to live a life that feels more whole, to trust that the body already knows, to let go of the shoulds and create space to be unapologetically who they are meant to be.

Align & Awaken™ is a series of my signature programs and invites members to slowly unravel years of conditioning and self beat and return to what the body already knows. It’s and invitation to reconnect to who you truly are and create a container of ease that allows space to live a life that feels whole and on purpose.

Also, all of the teachers (both classroom and yoga teachers) that I have collaborated with, learned from and been in community with over the years have greatly influenced my work and life. The communities that I have been part of including Off the Mat, Into the World®, Embody Love Movement®, Ma Yoga®, CTZN Well® and Courageous Conversations About Race® have supported my continued growth, accountability and learning.

My formal education in Psychology, Sociology, Education, Yoga and Ayurveda has greatly informed my lens and approach. I also have been deeply influenced by my studies in: trauma and resilience, somatic experiencing, courage, shame and vulnerability, self-compassion, critical race theory, Feminist Theory, Body Liberation and habit change science.

I grew up in the church, but when I was a teenager I chose to leave because I felt there was a deep hypocrisy happening and I was angry and confused. I found yoga a decade later and it was on my mat that I was able to reconnect to God, reconnect to my body and recognize the interconnection of mind, body and spirit.

As a life-long runner, I’ve always needed to move. I didn’t always have the language to understand why moving my body was imperative to my wellbeing, but running was my outlet for everything.

While a competitive runner I was very hard on my body, running through every injury I had and not knowing any other way. Then everything changed for me while living in a city where it wasn’t safe to run long distances outdoors. I joined a gym and this is where I was introduced to the physical practice of yoga and I began to get a glimpse of what it felt like to find comfort and ease in my body.

Soon I began to notice something else. As a survivor of sexual assault I didn’t realize how much I had dissociated from my body, how much I avoided feeling anything at all. I was afraid to feel. Yoga gave me the space to feel and release years of fear, rage, and grief.

I witnessed how this physical practice was providing me with tools for healing, but didn’t really understand why until I chose to take my learning off the mat. After many years of study I began to have a deeper grasp of what this ancient system was all about. A life-long journey back to the Self.

Today, my yoga practice is a place to build my capacity to cope with the complexity of being human. It offers resources to stay engaged when I want to look away and to face parts of myself that I feel ashamed of. It offers tools of resilience so that I can do hard things, stay in the work, forgive, and ultimately heal.

When we heal ourselves, we heal the world and healing the world is why I am here. To help create a world that is just and free for all.

We cannot heal what we will not face. If we do not transform our wounds, we transmit them.

This practice offers us the tools to look deep within, without judgment, and to grow and transform from there. To evolve into the highest version of who we are.

Every program that I have created is meant to do this for you. They are invitations to build your resilience and your capacity to cope with what the world brings you. To transform your wounds into your creative offerings to the world.

To support your journey back to you.

Because your body already knows!

The Empowered Yoga Teacher Training™ is trauma and justice-informed, body affirming, and invites students on a journey through both the ancient, traditional practices of yoga and  modern neuroscience and Psychology. Students will walk away from this training with the necessary foundations to begin t...

You deserve to live a life that feels whole. You deserve to feel the joy that comes from living on purpose. Your people deserve the best of you.

Go on a journey with me through my blog.